Protein ubiquitination is the major mechanism of protein processing in cells. Our research is in the area of ubiquitin E3 ligases which control vast variety of signaling pathways and abundances of ~25000 proteins in our body. Only a handful of these E3 ligases have been well characterized, thus it is important to study and understand their mechanistic roles. It is also a virgin land in terms of developing specific small molecule inhibitors. In analogy, there are ~600 kinases in the human genome, but FDA has approved 31 small-molecule kinase inhibitors (KIs) for human use as of November 2016. Thus the overall goal of my lab is to uncover the novel roles of previously undescribed E3 ligases, and further develop therapeutics to target these proteins.

Jan 2019: IND application was submitted to the FDA for our lead compound BC-1261. 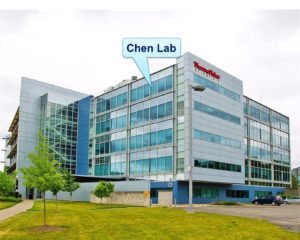